Are you sure you want to delete this image?
Return to List
Operation
Flying in the Face of Providence
On this day, four brave pilots set out for adventure and excitement but what they discovered was so much more than they ever could have imagined. Thrusters on full, plasma casings charged, and driven by a thirst for the eternal glory of earning the title of "Intergalactic Centurion", our heroes had no idea that they were about to become truly legendary but a mission of a hundred lightyears begins with a single revolution of the propulsion transfer conduit relay. So, after one last supply check, it was time for launch at 1030 hours.

Our journey began with an optimistic pre-victory lap around and through the Buttonwood Constellation, with funktacular bustification our glorious ships inspiring cheers from the herds of passing Buttonians! As we passed through the outer rim of the New Bedford System, we hit our first of many nightmarish negi g-wells. We overcame the awesome beast with minimal pain and were rewarded with a spectacular view of the Atlantic Nebula by way of Buzzards Bay Gateway at Horseneck Beach! "WHAT THE HELL IS THAT?!", exclaimed Dr. Claw, apparently confounded by the magnificent vision before us. And as we skirted the very edge of our reality, we passed through a colony of transient alien refugees, painting their plastic spacecraft. No hi-fives here, though. There was work to be done!

Later, after Dr. Claw recorded scans of our wall formation, Artemis' navigational thruster was sucked into the gravity of a foreign object lodged in a cluster of space dust. Civitron lost control of the helm, causing a hilarious four pilot pile up... *sigh* sand. Then, after a short but arduous climb over the negi Hotel G-Well, we blasted down Main, bearing port onto Cornell, we approached escape velocity from our galaxy into the neighboring Galaxy RI!

Flying past the oldest luna general store in the Universe, we hit 25LY and it was time for a break. Our heroes found safe harbor at the deep space dwelling of friends' of Civitron, Figs & Ginger. Their cloaking device was activated and we flew right past it at first but when Dreadflint flew back to scout for clues, we discovered the top secret location of this rebel base. There, we radiated our engines, zoobed up our warp cores, dumped fuel and rested our weary legs. Civitron jettisoned his failing warp cores and radiobox in favor of Dr. Claw's massive sonic blaster. Our hosts were so very gracious and we greatly appreciated their hospitality. Hugs and hi-fives we issued and after a quick stop at Luna Gray's Ice Cream for a tasty treat we resumed our trajectory to the Providence System.

Soon, we came upon the two bridges over the Sakonnet Belt. The first bridge was equipped with a wormhole between ports and was well suited for our ships. The second, the Mt. Hope Bridge did not provide such luxuries and forced us to suffer the incline while dodging a barrage of transports (granted, not as bad as it sounds). The posi g-well blasted us straight into the Bristol System and onto a wormhole which would transport us approximately 12.9LY, through the Barrington System and into East Providence. Native to this region of space, Excess and Dreadflint took the lead through the wormhole. Navtail for everyone!

Once over the Henderson Bridge, we had arrived at our destination. The Providence System was bustling with alien life of all sorts. Perhaps the Providians are blind because they did not seem to pay us much mind. We flew through the H.P. Lovecraft Constellation and blasted down the muy posi College G-Well. At this point, Civitron realized that even at maximum capacity, Artemis' retros were no match for this intense gravity well but all made it through the experience safe and sound.

Later, at the AS220 Cantina... Beatleman! Nom noms! and radiation that never came!

We cruised on down to Roger William's Park where we completely missed the Temple of Music due to a navigational snafu. However, we did see giant laser swans! Hitting a dead-end at gates of a massive biodome we met a wedding caterer who took Pale Horse for a test flight. He was a natural pilot! He got a sticker. We said our goodbyes and he went back to being creepy in his car.

Back on course, we flew around India Point Park, onto Gano, and back over the Henderson Bridge to the safety of the wormhole. We exited the hyperspace portal onto Intergalactic Byway 103 and into the Fall River System. Travelling north to circumvent the insanity inducing g-wells native to this system, we passed a second hand transporter mercantile, "Car Wars - Best Cars in the Galaxy!" After much g-well activity, we needed a rest. So, we stopped at a Luna Cumberland Farms for provisions. This would be the last safe harbor we would encounter for some time, as we were about to enter deep space. We did not know just how deep into darkness we were about to go. In fact, this may be the deepest darkest deep dark space ever experienced on a SCUL mission.

We turned onto Copicut. The stars were bright and beautiful but as we ventured further into these dark regions of space, the stars were replaced by a forboding dark red cloud. This is a place of magic and superstition. Home to the spirits of an ancient race of hu-man. Now, it is said to be the dwelling place of everything everyone has ever been afraid of, including the pukwudgie, sasquatch, giant snakes, thunderbirds, vampires, ghosts, and even vampire ghosts!

Soon, we were flying over space dust, sarlacc pits, and asteroids. Civitron fell into a nebulous crater. Dr. Claw fell in later. Guided only by the lasers of our ships and sure we were alone in the expanse, we were surprised to spot two bouncing orbs of light in the distance. They were getting closer. We could make out a cloaked death machine, smoking, black, and clanking it's way across the turbulent terrain. It did not stop. It did not slow. It passed dangerously close to our ships. Then, we were alone in the darkness, once again.

When we were back in communications range and able to access the subspace network, we learned that we had travelled nearly 7LY through the very heart of the expanse. We may never again choose to do something so foolhardy but we were glad we were there to experience this challenge. It was an adventure worthy of it's name.

The rest of the journey was fairly uneventful by comparison. The pavement of the Grand Army of the Republic Byway 6 was smooth beneath our thrusters. Adventure in our hearts, the wind at our backs, and home on the horizon, we took a victory lap around the Buttonwood Constellation and returned to Fort Jonathan just in time to avoid the impending radiation.


eXceSs shows how long our ride was. 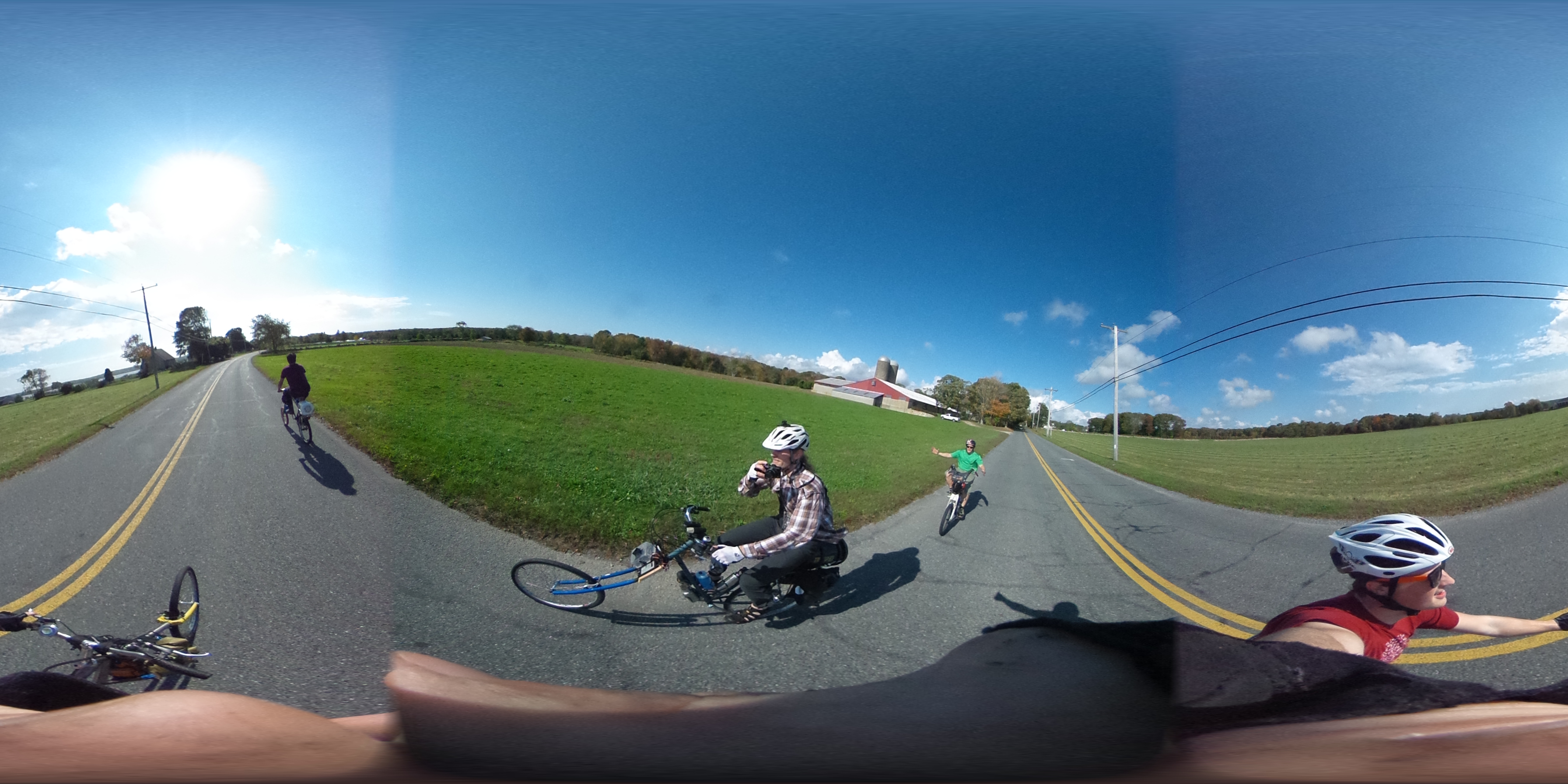 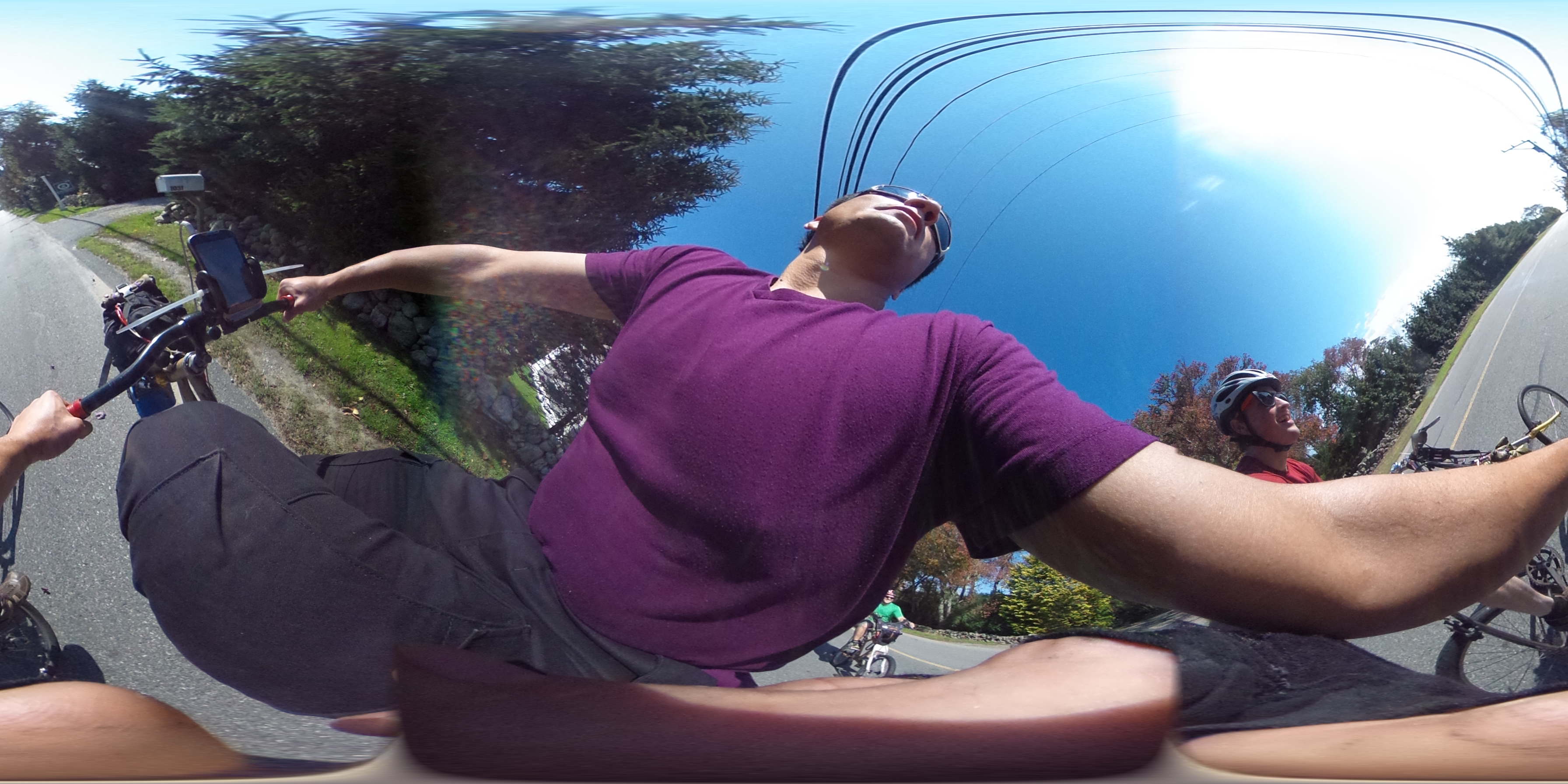 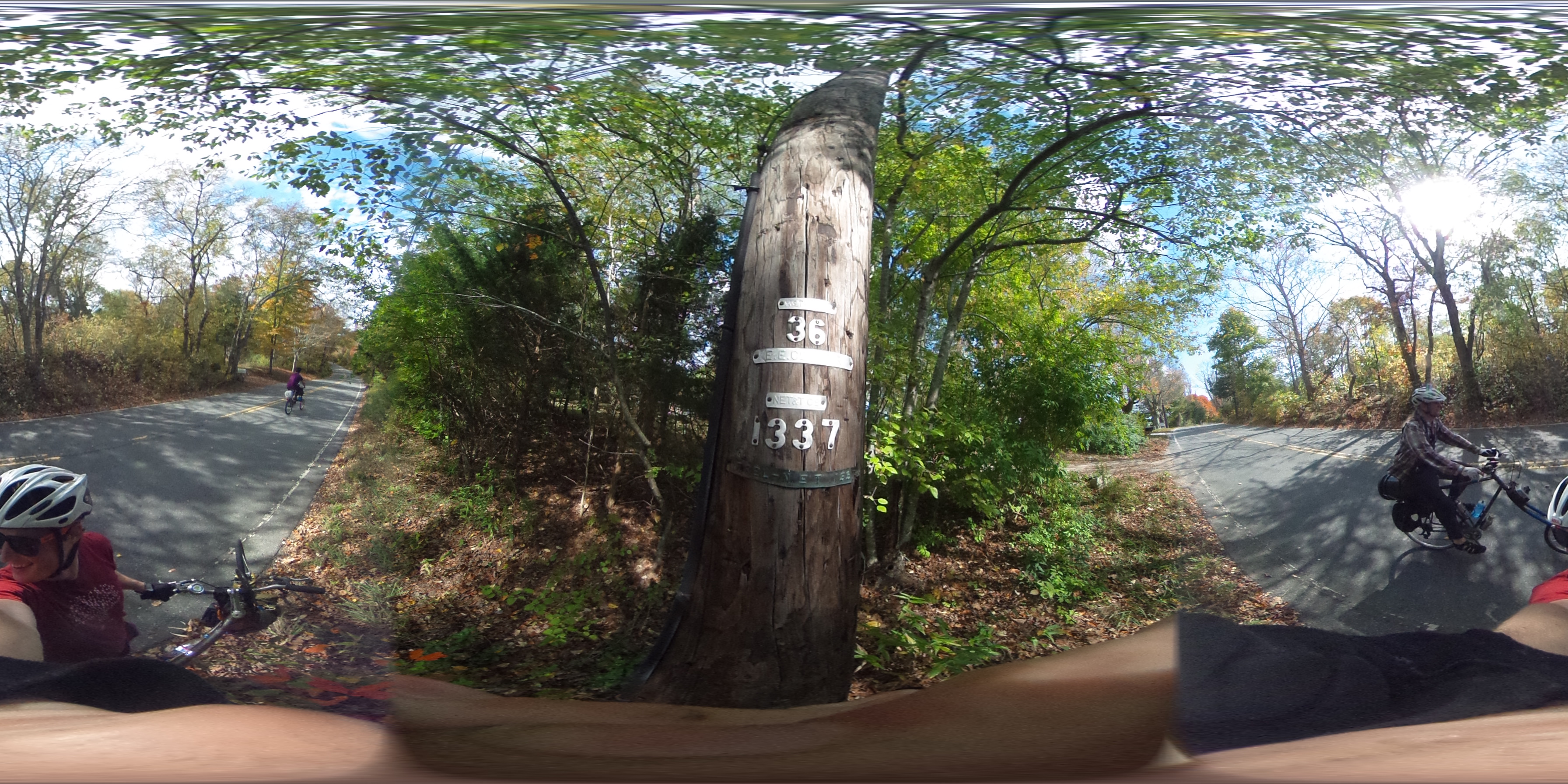 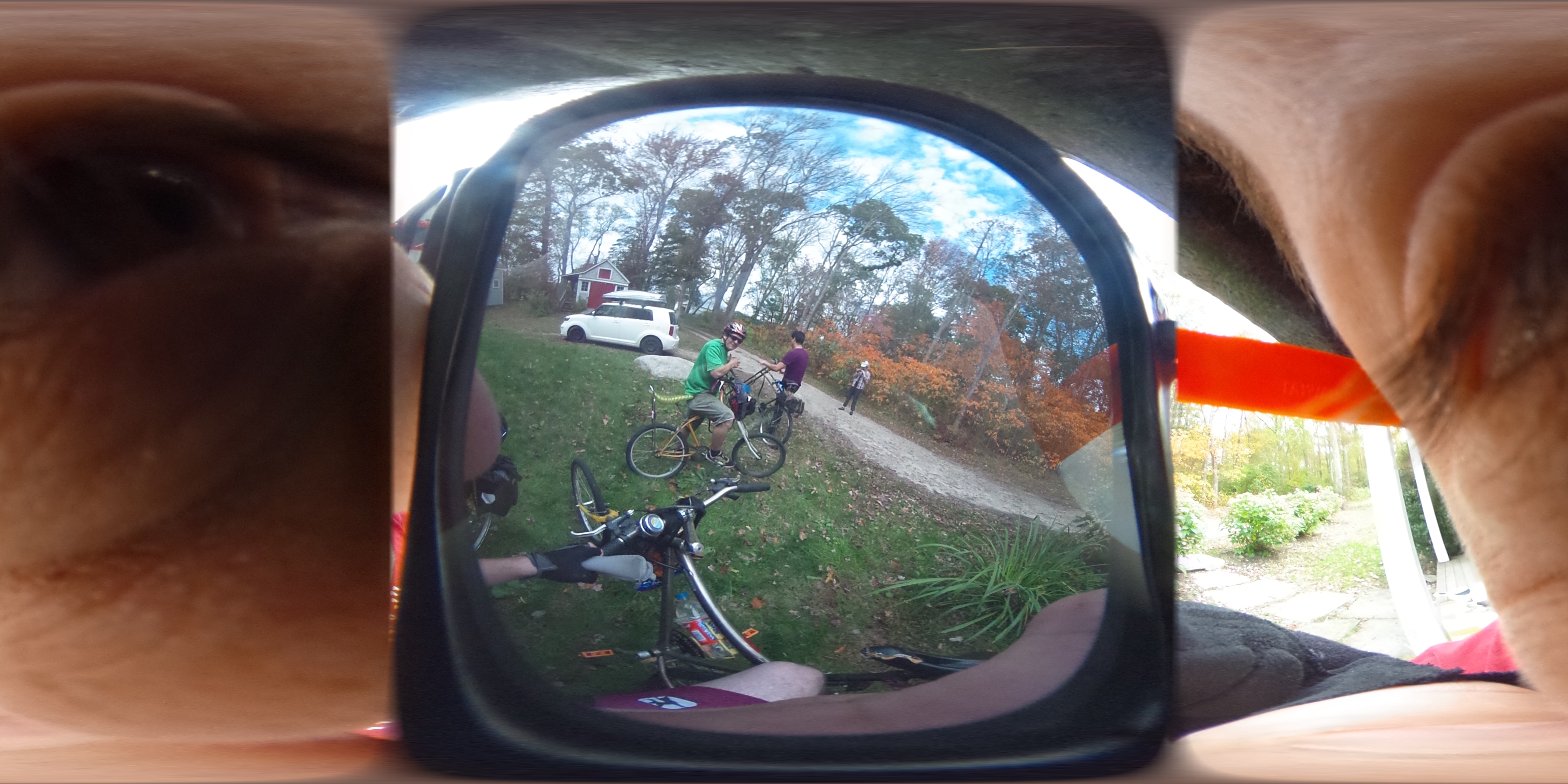 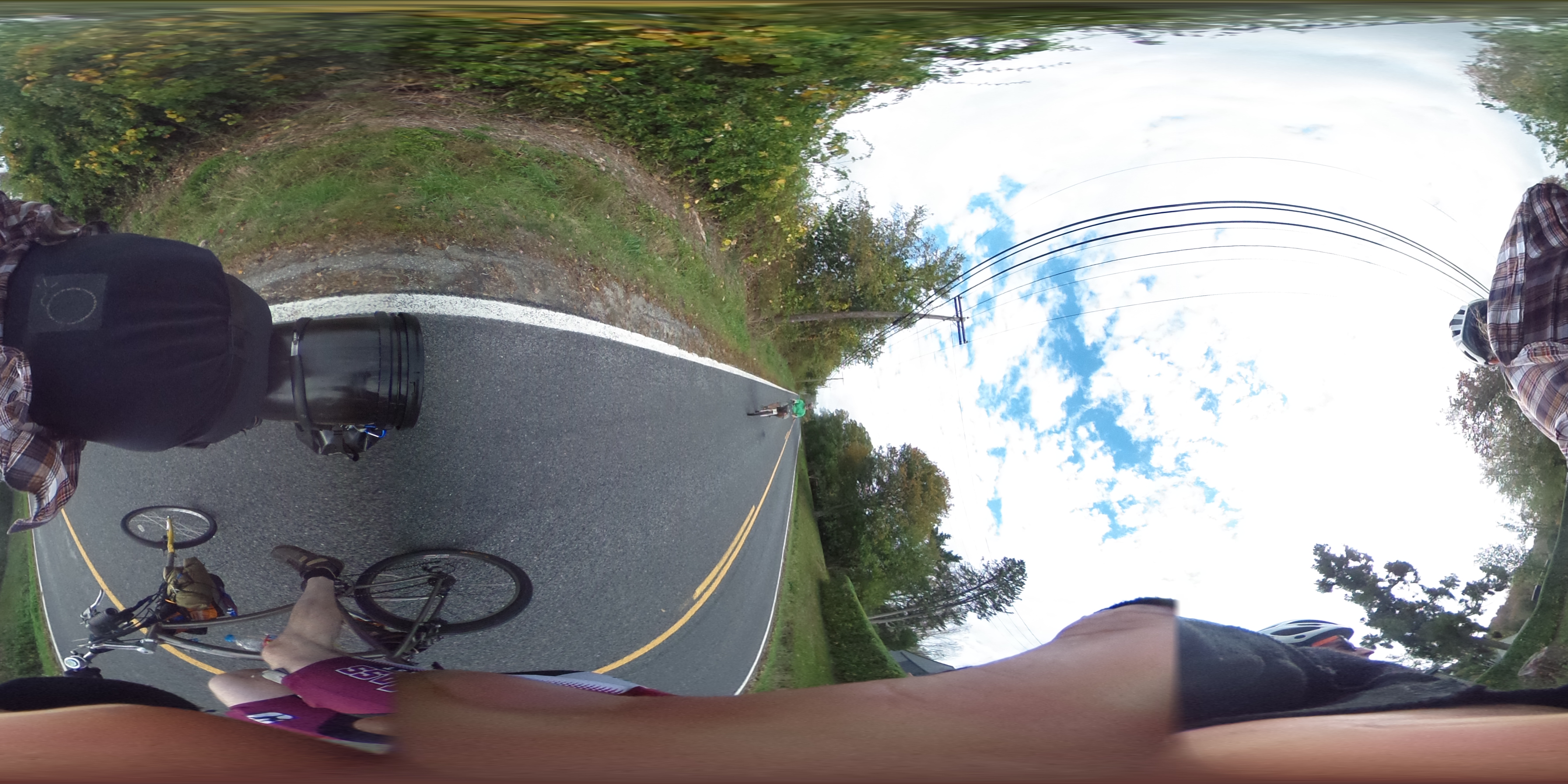 Dr. Claw, always generous, even when he doesn't know it. 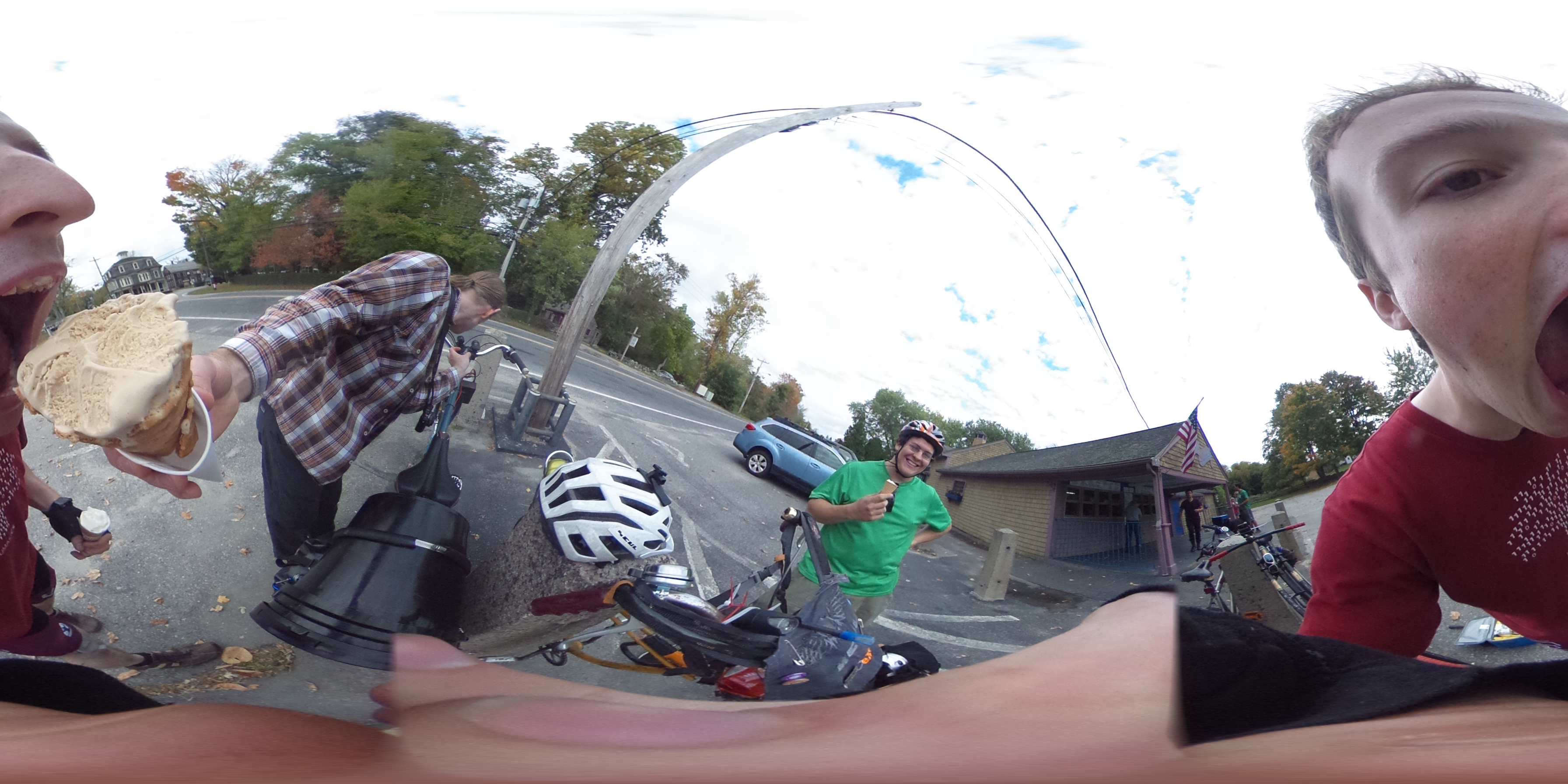 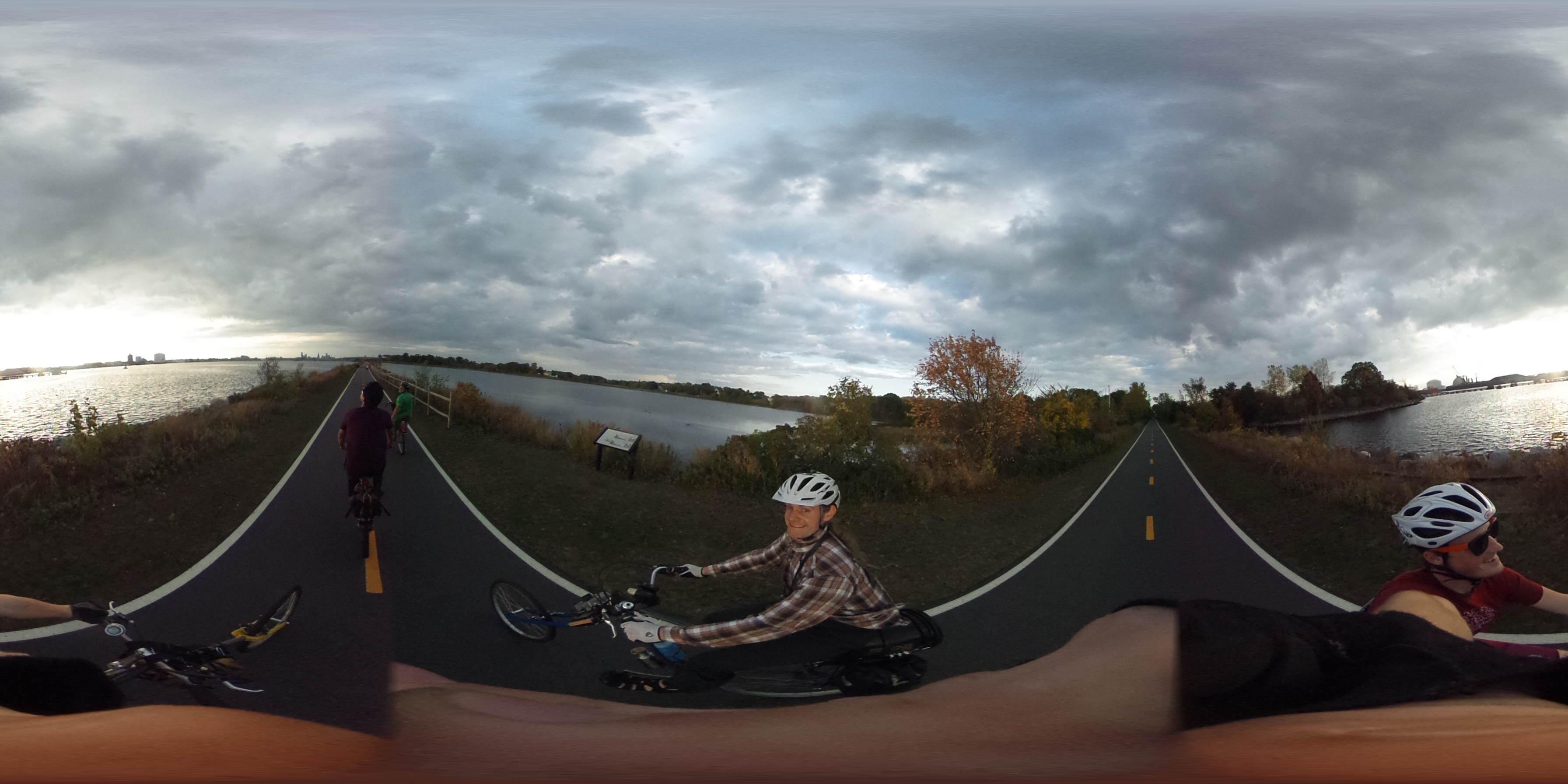 Good eats the next morning. 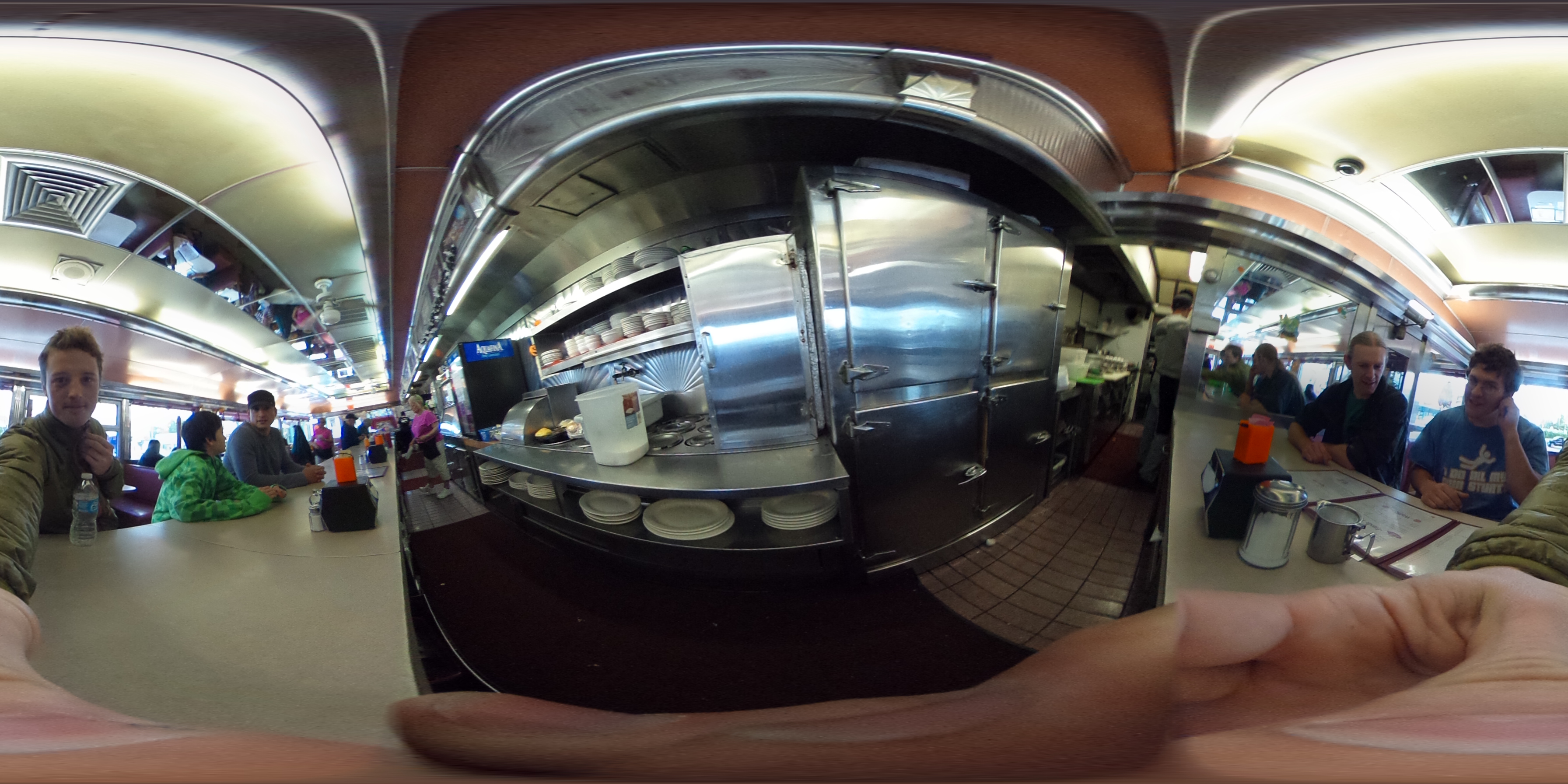